In Post 878 learned how to use the BVP solver in Matlab to solve a boundary value problem. Another approach is to use the shooting method. The reason we can't use an initial value solver for a BVP is that there is not enough information at the initial value to start. In the shooting method, we take the function value at the initial point, and guess what the function derivatives are so that we can do an integration. If our guess was good, then the solution will go through the known second boundary point. If not, we guess again, until we get the answer we need. In this example we repeat the pressure driven flow example, but illustrate the shooting method.

In the pressure driven flow of a fluid with viscosity

and driven by a pressure drop

, the governing equations on the velocity

of the fluid are (assuming flow in the x-direction with the velocity varying only in the y-direction):

, i.e. the no-slip condition at the edges of the plate.

for this problem we let the plate separation be d=0.1, the viscosity 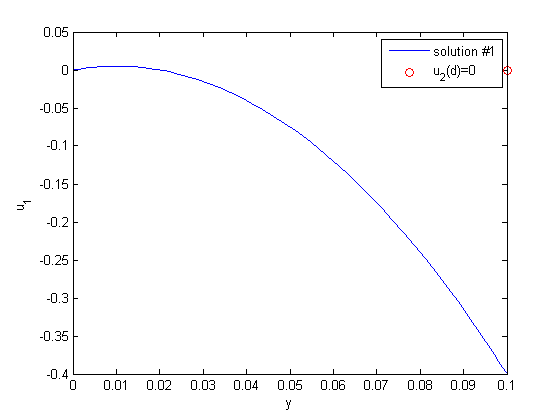 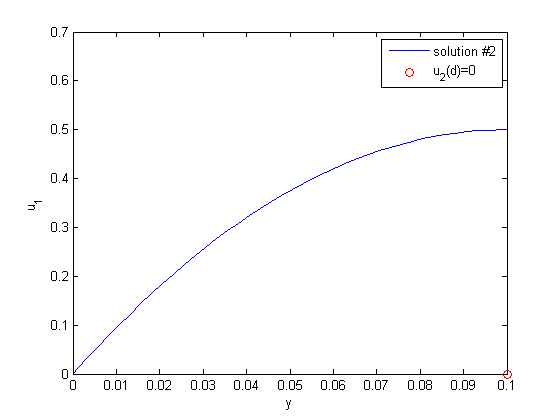 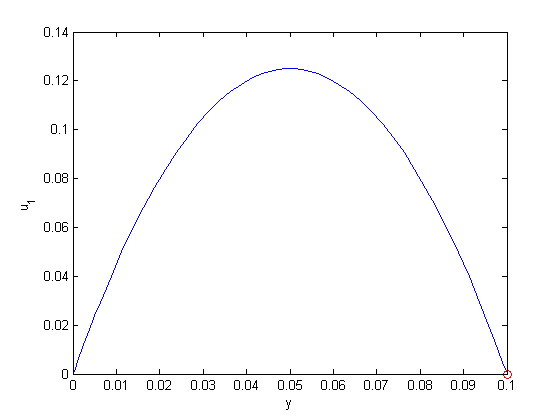 the analytical solution to this problem is known, and we can plot it on top of the numerical solution 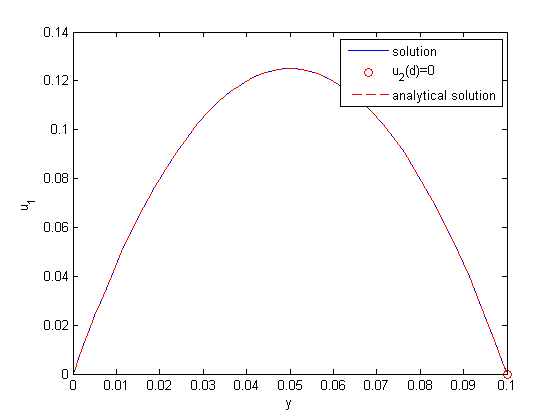